Possibilities for the Development of New Waldorf Festivals

To conclude her research on the development of new festivals in Kusi Kawsay, Peru and Nairobi Waldorf School, the author Vera Hoffmann summarizes in part 4 the corresponding motifs and processes so that they can serve as a stimulus for other colleges with similar questions. Even though local conditions were decisive in each case, the paramount principles might also be applicable to schools in other circumstances.

In principle, it can be said that the process of restructuring Waldorf festivals or adapting them to local circumstances requires the teachers' openness to detach and free themselves from European Waldorf traditions.

In my literature review I have come across a master thesis from South Africa for which social anthropologist Elizabeth Majoros (1) had studied the festival design at the Cape Town Waldorf School, South Africa in 2009. At that time, the College of this school engaged in an open discussion about the design of each annual festival. The form, once found, was not repeated, but a new dialogue of search took place in the following year.

Such a dialogical attitude is likely to be the basis for the festival creation presented below. This attitude requires an exchange with the local circumstances, listening and responding over and over again, possibly over longer periods of time. This takes time and patience, but new forms can arise from this open `conversation' with the respective environment.

The Traditional Path as a Path to Modern Consciousness
The festivals in Kusi Kawsay are not really new. Their foundations are ancient local traditions, which, however, had to be saved from oblivion by the school founders by way of a passionate search and loving dialogue with the elders of their culture. They are based on the archaic nature of the Andes, which creates a direct connection with the surrounding nature and the invisible beings in nature.

Modern human beings can make this connection only on the basis of a conscious and empathic process of nature observation.

The school's founders wanted to encourage the indigenous youths, whose culture is still marginalized and belittled today, to develop a healthy self-consciousness. The recollection and revival of the ancient traditions is very helpful in this respect.

Through nature observation, the children and young people are guided to observe "what really IS". It is hoped that this helps them to overcome any prejudice and to ultimately develop a contemporary, independent way of thinking as a path to inner freedom.

Cultural Path
To develop the most important annual festival at the Nairobi Waldorf School many conversations with the school community took place, especially with the multicultural parents. The College was inspired by the parents (members of four major world religions) to search for a common festival motive, with which everybody, even the atheistic parents, could identify. This is how the Festival of Light was born.

General human motives were chosen from the Christian-oriented Waldorf annual festivals as a basis for the other festivals in the Nairobi Waldorf School. The motives were transformed and placed in a wider context through the celebration or ritual, so that the direct connection to the Christian festival moved to the background.

Such universal human motives are, for example, renunciation and sharing, or giving and courage. Children and adolescents can connect to such motives and they help them to develop a little step further each year, regardless of their parents' religious belief.

Natural Path
The College of the two Kindergartens at the Nairobi Waldorf School chose a different path. An objective and detailed observation of seasonal phenomena in nature was conducted for two years and individually documented. Every week the observations were shared and discussed in the conference.

After this long period of unbiased observation, the question was discussed as to which motives could be particularly characteristical for each season. The motives thus found were chosen as the basis for the annual festivals in kindergarten. The Rainbow Festival, for example, was founded through this method. In this way, the children can connect the celebrations of festivals directly to their surroundings.

The dialogical attitude
In the schools I studied, I observed the collegial attitude of the open dialogue on three levels. It took place on the levels of local traditions, the surrounding cultural conditions and the seasonal phenomena in nature.
The processes presented here are not the only possibilities for a development of locally oriented festivals in Waldorf schools.

I would like to further discuss these questions in the forum.

(1) Majoros, Elizabeth M.: Co-Creating at the Threshold: A Dialogical Approach to Festival Planning At a Cape Town Waldorf School, Master Thesis in Social Anthropology, Faculty of the Humanities, University of Cape Town, 2009. 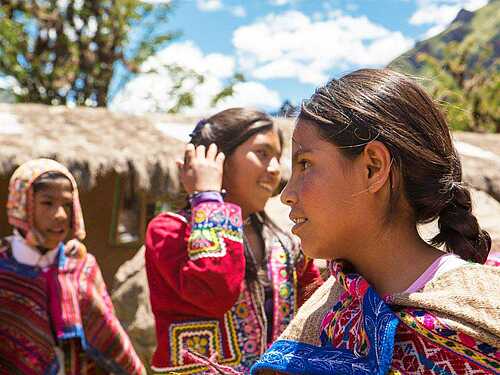