De-colonizing your curriculum - some tips for auditing

The Black Lives Matter movement has given us much to think about, as have Covid-19, Fridays for Future, #Me Too, 9/11, the digital age and globalization generally. Waldorf education is not hermetically sealed from the flow of time and social and cultural change. Why not ask a few questions about the curriculum you teach and its hidden curriculum. This is only a start to decolonizing our curriculum. But if we start looking we will find a new relationship to the curriculum and make a small contribution to lessening the burden on people who suffer discrimination.

Waldorf curricula include what is taught, how it is learned and why. They are not prescriptive and provide orientation. They are based on developmental tasks that take account of and integrate:

Because of these factors, educational practice has to be modified over time and in different places. Steiner said to the parents on 13thJanuary 1921: “In the time since we began our work, we have carefully reviewed from month to month how our principles are working with the children. In the years to come, some things will be carried out in line with different or more complete points of view than in previous years.” (1)

Steiner’s ethics, as outlined in his Philosophy of Spiritual Activity (or Freedom), is one in which ethical individualism is conceived of within a society that does not pit individualism against social responsibility, as neoliberalism does (and most countries have neoliberal education policies). Neoliberalism as the dominant idea of globalized society, says you can’t have both, so chose to follow your own interests, ethnocentrism says choose in the interests of your people, and nationalism says, chose in the interests of your nation.

As Gertrude Hughes, writing about Steiner’s philosophy from a feminist perspective, says:

If we see people as examples of a type, we don’t see them as individuals and this limits their possibilities to become free individuals. What is interesting in this discussion is that as it described here, society is made up of the actions of individuals and their actions can and should enable the individuality of the other to come into being, unhindered by any form of discrimination or lack of recognition. That means that as teachers we can and should see and respond to the individual and not to the generic class that individual ‘belongs’ to, including gender, cultural or ethnic background [i.e. as girl from a certain family, as a person of colour, as Muslim or Jew, as foreigner/immigrant, as differently abled etc.]or we will not be able to understand our students. Secondly, we should create conditions in which the limiting socio-cultural factors linked to these differences are overcome.

I suggest that even that is not enough. Many of the factors that reproduce discriminatory behavior and attitudes are un-reflected, taken-for-granted. Most people are not explicitly racist or xenophobic but they do not realize how their own generic group is privileged. (3)

Instead of simply saying, “but Waldorf is against all forms of discrimination”, which is theoretically true, and carrying on as usual, why not ask a few questions about the curriculum you teach and its hidden curriculum. To assist this process, I have drawn up a few questions one can ask before each new main lesson block (or indeed any subject).

In preparing lessons, and in particular main lesson blocks, teachers should bear in mind that each block relates to the developmental tasks, that is, the teaching and learning support the development of the children and young people across three areas of development, socialization, qualification and individuation. Development means sustainable change in a person’s capacity over time and across different social spaces. Quite specifically we can do a checklist as we prepare our lessons and ask, what does this block contribute towards socialization, qualification and individuation? In what follows I characterize these three domains.

Socialization refers to how children learn to participate in the community they belong to. This includes social awareness and social skills and for most people today that means living in a multicultural and multi-ethnic context. This means that children need to learn that people of different cultural or religious backgrounds, or are differently abled, who have a mother tongue that is different to that of the majority, people with different gender-orientation than the majority, women and minorities of all kinds may have different expectations, beliefs, ways of being and needs than children in the dominant cultural group. Many of these groups experience discrimination in a variety of explicit and implicit forms.

Whilst some teachers and parents, who themselves belong perhaps to majority groups, may think it is unnecessary or even undesirable to awaken children to difference too early, I would say that the other risk is greater, namely that children imitate and emulate embodied attitudes in the adults and older children around them that predispose them to discriminatory behavior and attitudes.  Most evidence points to the fact that children are aware of difference even in kindergarten, especially if the parents hold marked attitudes towards the family or cultural background of the child. It is very naïve and perhaps a little romantic to believe that young children are untouched by prejudice, not least because of their essential openness to the beliefs, attitudes and dispositions of others around them. Some Waldorf teachers believe that the colours and characters in fairy tales for example are archetypes and are therefore not racially intended - but how is the black or brown child to know that, if the hero is always white, blond and male? Many European collections of fairy tales and legends were bound up with nationalist and ethnic aspirations in the 19thCentury (and even the 20thCentury was not free from this, as we see with Norse Mythology and the Nazis). (4)

This is not an argument for not telling tales, whose source is unknown or dubious. The solution, I believe, is retell the story in your own words, avoiding obvious colonial elements and try to capture the essence of the story. Your version may not be ‘true’ to the original source (who would know what that is?) but it becomes valid because you are telling the story in good faith- which after all is how story traditions have always been passed on. We are not conducting critical studies, we are being aware.

Given that there have been real tensions in our society relating to gender, ethnic and cultural background for a very long time that still exist, it is therefore important to practice both indirect and direct social learning. Indirect social learning involves cultivating all the senses and especially the senses directed to the social world (e.g. hearing, touch, sight, sense of movement, the senses of speech, thought and especially the sense of the other as an I). It means cultivating a general awareness of others, the ability to be open to others and listen to them with empathy, the mastering all kinds of verbal and non-verbal communication skills, practicing respect of others’ space and caring for others, appreciating what others do and simply being with other people, who may be different from us in some way, as a normal part of life and school, and emphasizing people’s economic and social co-dependence. Direct social learning involves explicitly learning about different cultures, religions, ways of life, specific people’s needs, economic processes and mutual dependencies as well as learning about our senses and how we perceive other people. Both indirect and direct methods have their place in the curriculum, which should be regularly reviewed to see if there are sufficient opportunities for social learning.

Opportunities for socialization include;

Relating to socialization we can ask the following questions when we prepare our next main lesson:

Qualification refers to the effects of dispositions, and the applications of skills and knowledge that children and young people need to learn to be able to do to participate constructively in the world of work and civil society. This includes;

The expression ‘knowledgeable action with purpose’ refers to applying embodied knowledge in skilled activity that serves not only self-interest but is socially and culturally meaningful and productive (e.g. making things that are needed and useful and actually subsequently used).

With regard to qualification, we can ask:

Individuation refers to the process of becoming a person capable of taking responsibility for her own actions, forming judgements, being creative and behaving in an ethical (i.e. socially responsible) way. As teachers we cannot ensure that students have experiences in which they are open and receptive to the other and to the world, in which they experience situations in which they are moved, touched, motivated and challenged. We can create opportunities for them to take responsibility without having to be asked, situations in which they are called forth by the situation itself to step up as a person. We can create opportunities for this to occur, be aware of such moments and appreciate them.

Various forms of review and recall can prompt reflection and self-awareness, including the experience of their effect on others. Individuation is also related to spiritual experiences, such as experiencing themselves as part of something bigger than themselves, or subtly sensing numinous or special qualities in others or in situations.

With regard to individuation we can ask;

This is only a start to decolonizing our curriculum. We need to consider of course the effects of subjects such as handwork and crafts, if they use methods and materials that are not locally sourced or have no local tradition, but are imported. We need to consider the celebration of festivals to include local cultural practices, yet also being free to create our own meaningful practices, especially where urban, cosmopolitan society has lost the significance of festivals or they have become commercialized and Disney-fied. But if we start looking we will find a new relationship to the curriculum and make a small contribution to lessening the burden on people who suffer discrimination.

Martyn Rawson, teaches in Kiel at the Waldorflehrerseminar/ at the Freie Hochschule Stuttgart/ at the Christian Morgenstern Schule in Hamburg, Germany and is a professor at the National Tsing Hua University, Taiwan. www.learningcommunitypartners.eu 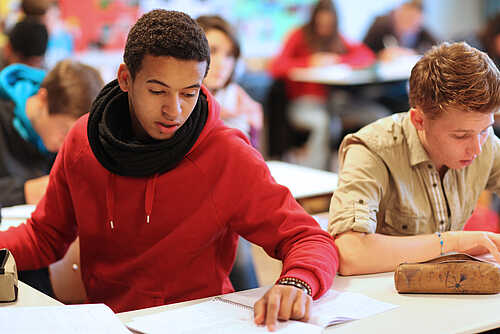