Googlification in the Classroom - The High-Tech Invasion of our Schools

The posters on the classroom wall say, ‘Dream!’ ‘Laugh!’ It seems ironic that these posters remind us of a childhood which is long gone. Some third graders are sitting on plastic boxes. There are also some high tables with iPads where some of the children are busy posting and twittering. These children are using ‘Seesaw’ a student-driven digital portfolio on which teachers and parents can view the pupil’s work and comment on it. Kaya Delzer, the third grade teacher, calls it her “Starbucks for kids” classroom.

Delzer’s Starbucks Café has caused a global stir. The American media company PBS Education has chosen her to be North Dakota’s best digital innovator and she has become one of TED’s best known global speakers. (1)

In her speech at Twitter’s headquarters, Delzer spoke about digital innovation. Her pupils are daily posting on Twitter. This is how they learn about authentic citizenship and that their world is so much bigger, says Delzer. They publish for the world, this is what motivates them. Denzler says, ‘It is our task as teachers that every learner is given a voice’. At parents’ evenings she shows the parents how to follow their own children on Instagram.

Denzler’s argument seems absurd: Learning ‘authentic citizenship’ in the Social Media world which feeds on self-presentation and self-optimisation? Is this the new authenticity? The pupils twitter for the world and become used to the life in ‘Undo Mode’ at an early age. (2) It is this mode which teaches them self-optimisation early on and which makes biographies reversible.

Denzler is paid several thousand Dollars for each of her lectures at teachers‘ conferences.

Amazon, Apple, Google und Microsoft are offering programs for teachers to become Technology Ambassadors. Apple for example offers the ‘Apple Distinguished Educators Program’. (3) The ambassadors use lectures, blogs and Social Media to advertise classroom technology. In return they are given presents and their travelling fees are refunded. Some companies offer reduced rates if teachers adopt them as their exclusive partners.

Google programs such as Gmail and Doc are now used by more than half of American primary and secondary school children at school. This amounts to more than 30 million children. But experts are warning: ‘The schools are giving Google more than they gain. The ‘Google Privacy Notice’ informs the user which data is collected by Google Education Service; i.e. location and how the user is using Google services. Google immediately finds the location if a pupil logs in at home. Schools are encouraging their alumni to transfer their Google student account to a regular Google account after graduating. (4) Companies thus get much better profiles of users which enables personalised advertising. This also increases the company’s stock market value.

Worldwide, Google has installed so called GEG (Google Educator Groups) for teachers to share ideas. Google sponsors education conferences and uses educators to test their products. These voluntary helpers enable Google to open up new markets. You might want to call it a win-win effect of the modern free economy (5): Use the infrastructure for free and pay with your freedom.

It took Chicago‘s public school administrators years to negotiate with Google the terms of use and privacy protection. The city of Chicago wanted to cut costs while keeping control over Google‘s rights to use data collected by their apps. The differences between business interests and the schools‘ values became quickly apparent when the administrators asked Google to sign a contract agreeing to comply with the federal Family Educational Rights and Privacy Act. (4)

The Chicago case brought an old debate back to the surface: Should students leave school with mere knowledge or with a set of skills?

Silicon Valley seems to have found their answer: The transfer of knowledge by digital technology is more precise, more successful and fosters independence more than traditional methods based on student – teacher interaction.

In a number of US states, Netflix’ CEO Reed Hastings has tested a popular mathematics program called DreamBox Learning, based on Netflix’ business principles. Algorithms similar to the ones used by Netflix decide which lessons the learners see. The program contains animated video games with maths lessons introduced by aliens and animals. Pupils can earn credits which can be redeemed for virtual rewards. Some parents are concerned about the program’s addiction potential; they report that their children wake up at 5:30am wanting to play DreamBox.

Hastings points out that digital lessons are much better tailored to individual students because they record the student’s progress in more detail and provide information for teachers about the mathematics concepts the student struggles with. Research by Harvard University shows that some students have indeed achieved better maths grades. However, the experts comment that the teacher’s influence would also need to be taken into consideration. (7)

Many of the influential 21st Century superheroes are testing their ideas in schools. One of them is Mark Zuckerberg of facebook who is trying to find out how pupils can be motivated to learn independently on a digital platform. At the moment he is conducting research at more than 100 American schools. The teachers thus becomes an assistant. The students decide on their personal sequence of lessons and after each unit they answer a multiple-choice test. (7)

Although research shows that learning on laptops (especially at home!) has a negative effect on students’ results (8), leaders of governments, foundations, education authorities etc still hold the opinion that more digitalisation is needed in education. This has sparked a surprising development: parents who can afford it – including top-level managers in Silicon Valley (9) – send their children to so-called alternative schools where the arts, outdoor activities and social skills play a prominent role and digital learning is marginal. The home-schooling rate in the USA has also increased dramatically in the last few years. (8) The difference between the affluent and the poor is thus growing. It is particularly the poorer families who are exposed to the digitalisation trend at schools.

A further example of business interests targeting schools are companies which offer education resources, free of charge of course. The material is well presented, thoroughly researched, it saves time, it can be used directly in the classroom and features some subtle product placement.

Take for example the multinational company Dole, the international fruit traders. The company attracts teachers with their slogan ‘All you need to get your students excited about eating fruits and vegetables’. The Dole 5 A Day Tool includes worksheets about healthy eating, creative nutrition adventures, multi-lingual resources, a comprehensive package to stage a musical performance including audiotapes, song lyrics etc., all designed to promote a healthy diet. (6) The teacher can download everything easily from Dole’s website.

Finally, let us not forget the social aspects of learning. Children and adolescents do not only learn from their teachers, they also learn from and with their peers. How important is the interaction with real people in the learning process? Do social skills play a central role?

Answering these age old questions is a crucial task for the future.

Katharina Stemann is enthusiastic about the international growth of the Waldorf movement and the brave people who start schools in the midst of trouble all over the world. She has studied cultural anthropology and used to work for the international Waldorf movement at Friends of Waldorf Education in Berlin. Today, she is an editor for the online platform Waldorf Resources and also works for the Pedagogical Section and the International Forum for Steiner/Waldorf Education. 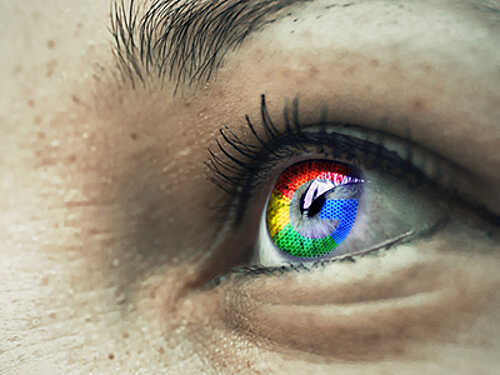