Technology frees people from certain tasks, but there is always a danger that the corresponding skill might be lost as well, just like a muscle which weakens when it is not used.

Technology has a tendency to alienate people from intentional thinking and from their own physical bodies: It reduces our actions to mere associative thinking. This might not be an issue for adults because they are usually able to redress the balance. Thus, technology may open new and positive opportunities for adults.

Children's first and foremost task, however, is to grow and develop their body. They have to build up their physical, emotional and mental capacities as the essential base on which a mature approach to media will be able to grow.

It follows that all education today is media education: Pedagogy today and in the future has to take into account that young people are growing up in a technical and digital world. This, however, does not mean that any kind of electronic device has to be used in class. On the contrary: Children's primary developmental task is to mature and take control of their own physical, emotional and mental capacities; the most important pedagogical task therefore is to support and strengthen this process. Schools and kindergartens have to create an environment in which children find a wealth of opportunities to be active; to enable activities which support the children's healthy, holistic physical and psychological qualities. Further, care must be taken to exclude everything which might hinder the child's physical and psychological development. Indirect media education therefore omits any digital devices from the child's life in the pre-school years.

Ideally, the child's immediate environment in the early years should be free of any media. It should enable the children to practice their physical and emotional ability to have experiences and therefore exercise their will in a variety of ways. Everything which hinders this practice should be shut out. This can be summed up as follows: Media competency in later years is rooted in media abstinence in the early years.

This approach is often condescendingly referred to as “education-in-a-bubble”. However, we are not advocating to preserve the children in a bubble shut off from the “real world”, we are advocating an “enabling” of the child through an “education of empowerment”. This fosters the growth of those forces in the child which it will need in a world flooded with technology, but which technology is unable to give to the child.

One of the main characteristics of digital media is “fragmentation” or “atomisation”. This becomes apparent even when we observe the written language. When language is written down, the energetic flow of the spoken word is being analysed and split into individual sounds which are then translated into symbolic representations. Language, which lives in the present, becomes thus preserved in linear symbols.

Film dissevers movement into a multitude of pictures taken in rapid succession. The technology of television then splits those pictures further into thousands of individual lights. The same principle applies to the transmission of language by mobile phones. Audio signals are scanned in the space of milliseconds, the data is translated into digital information and then transmitted.

This feature of atomisation, which is typical in media technology, has an effect on the contents. One of the basic elements of all forms of media is that they extract and capture individual pieces of information from living reality. Those singular chunks have lost their connection to the unity of all life.

The digital world we live in is the fragmented world of individual, disconnected items of information. From this point of view let us have a look at the evening news. An astonishing amount of particulars are presented, but there is also a complete lack of coherence. We might see and hear about a conflict in the Middle East, then about a natural disaster in the US; a tragic accident in China is reported, followed by a museum opening, then we are informed of the latest football results and finally there is the weather forecast. Every single news item is disconnected from all the others. Their incoherence conveys no meaning.

Each individual person is faced with a world thus presented and has to find some meaning in it. We need the ability to orient ourselves in a cosmos of fragmented shards of information and to connect them to a greater whole. Only a person with some background knowledge will be able to do so. Education has to support young people in this process. It must enable adolescents to re-establish connections in a world of disconnected crumbs of information. Young people therefore need wide-ranging general knowledge which spans as many areas of life and learning as possible. But they also need an inner centre to which they can connect all that they know.

In this respect, Rudolf Steiner gave some important educational information to the practicing teachers at his time.

The most important connection we can establish is the one with the human being. We should never miss an opportunity for making this connection. Every situation – be it during a discussion of an animal, of a plant, or the phenomenon of warmth – every situation presents an opportunity, without losing sight of the subject, without diverting the students from it, to connect with the human being. (i)

If the human being stands at the centre, and if the connection between the human being and the surroundings are established, then the child can develop a firm core, an inner safeguard in her relationship to the world. She will have a centre to which she can meaningfully relate the items of information she is daily bombarded with. 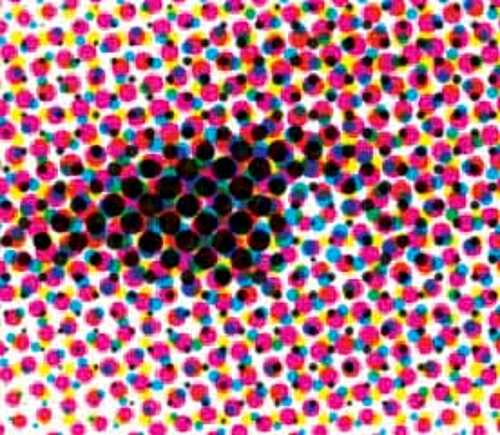