Given the Night – Part III

In part I and II we described a practice for exploring the 'night', the subconscious part of ourselves. Part III of the series now focuses on the 'night' of school management. Our point of departure is the first course for teachers which was held in Stuttgart in 1919. In this course, Steiner laid the foundations for new forms of pedagogy and community building. He suggested a new concept of leadership which harmoniously connects 'day' and 'night'.

The Dominance of the 'Day Consciousness'

Every educational impulse must be based on the relationships between the people involved. It is therefore of paramount importance to focus our attention on this aspect. Generally, we pay more attention to the conscious part of a relationship. Let's consider for example the Reflecting Team Method, a method which is used for peer consulting in many schools. The method follows a clearly structured procedure and activates our day consciousness. It exploits the participants' potential through 'coaching without a coach'. It is based on the participants' ability to communicate and to give advice, everyone has to be actively involved. However, if we look closely, we discover that it is accompanied by 'night counselling'. Healthy community building incorporates all aspects of life, both the conscious and the subconscious. Let us now explore this thesis further.

In the first course for teachers, Steiner spoke about how the new school, which was about to open, should be governed. He described two different kinds of community building processes as the foundation for the school's governance. On the eve of the teachers' seminar he described the first process, the process of 'day consciousness', in three steps:

1. Every teacher and educator should enter the community with their full personality.

2. Everyone should be responsible for what they do.

3. A sense of community will be created through studying at the teachers' seminar. This will replace the supervision of the School Board.

This is a clear call to action and if we follow it, we create a school management based on community. Today, we usually call this form of management 'self-government' and it clearly requires some common ground.

Next morning, Steiner held the first lecture of The Foundations of Human Experience in which he described an imaginative vision or imagination as a picture for the second community building process. Nobody took the words down immediately in shorthand, but two participants – Caroline von Heydebrand (1886 – 1938) and Herbert Hahn (1890 – 1970) later wrote Steiner's words down from memory. The following text was written by Caroline von Heydebrand:

'We wish to form our thoughts in such a way that we may be conscious that: Behind each of us stands his Angel, gently laying his hands on the head of each. This Angel gives you the strength which you need. Above your heads there sweep the circling Archangels. They carry from one to the other what each has to give to the other. They unite your souls. Thereby you are given the courage of which you stand in need. (Out of this courage the Archangels form a chalice.) The light of wisdom is given to us by the exalted beings of the Archai, who are not limited to the circling movements, but who, coming forth from primal beginnings (Urbeginnen), manifest themselves and disappear into primal distances (Urfernen). They reveal themselves only in form of a drop (of light) in this place. (Into the chalice of courage there falls a drop of light, enlightening our times (Zeitenlicht), bestowed by the ruling Spirit of our Age.)' (1)

1. Bringing our full personality into our work is complemented by our personal relationship to the angel.

2. Our personal responsibility is complemented by what we can give to our fellow human beings.

3. Community building is complemented by the light of wisdom – we may call it orientation.

Let us now look closely at the aspect of orientation in the above imaginative vision.

In self-government we usually focus on conscious processes. However, a community also needs orientation, or a subconscious side, as described by Steiner above.

In the first picture of the imagination we see an angel who stands behind someone and lays their hands gently on the person's head. The angel stands behind us, on our 'night side', as it were. How do we form a relationship to our 'night side' and to our angel? Doing the review exercise as described in Journals No 58 and 59 is one possibility, one instrument, enabling us to do so. This practice connects us to our subconscious and allows spiritual beings to see and support us. We practice this exercise alone, just like a musician who practises her instrument alone. The practice connects us to an invisible being, we thus create a relationship with the spiritual world.

The second image of the vision introduces the collegial work. We have practised the instrument and are now meeting our colleagues, the orchestra as it were. Now we need to listen intensively to the others. Martin Buber expressed it in the words 'becoming I, I say You', because playing in the orchestra influences the way we play, and so our ability to contribute to the whole, to the music, grows. Playing our instrument with others creates the conditions through which the music can appear.

This brings us to the third picture in the vision: The crucial element is the common sound created by all the instruments, the unity. Orientation is created by what the individual contributes to the whole. Community creates orientation.

These processes, inspired by Rudolf Steiner, create a new form of school management. The night plays an active role in them. When we do the practice, we create a relationship to the subconscious, to the night, and thus enable ourselves to become more aware of it in our work. We may call this process simply 'waking up for the night's counsel'.

Life does not only consist of the day, the night also belongs to it. Together they make a whole. We believe it to be important for a community to create the whole, the unity, again and again. It is important to cultivate the thought that decisions are made while we are asleep and then brought to consciousness during the day.

We hope that we have sparked many questions in you. It was our aim to point to a hidden treasure. If you start to work with the night – as the practice suggests – you will learn to discover and appreciate new forms of counselling.

Florian Osswald, born in Switzerland, he first studied process engineering. After training as a curative teacher in a Camphill organisaton in Scotland, he attended the teacher training seminar in Dornach. He worked as an upper school science and mathematics teacher at the Bern Rudolf Steiner School for 24 years and has been internationally active as a pedagogical advisor. Since 2011, Florian Osswald has been leading the Pedagogical Section at the Goetheanum in Dornach together with Claus-Peter Röh. 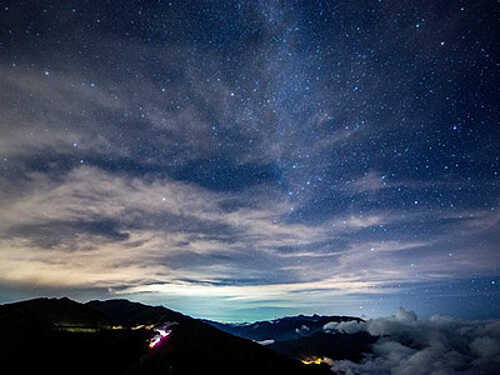