Forces of courage and Waldorf education

“The only thing that matters is courage. Even the bravest person sometimes loses it and then we tend to search for programmes, security and guarantees. Courage requires reason but it is not a child of reason, it comes from deeper layers.” Hermann Hesse

The courage to do without a headmaster, marks and specialists

There are innumerable fields in the life of the Waldorf school where courage is absolutely indispensable. I will mention just three examples which I myself experienced very intensively as a teacher and where I still see ever greater challenges to our courage, particularly at present.

Rudolf Steiner speaks about the way that in the management of the school the reciprocal spiritual activity of those involved replaces “cushions” of external measures. If something is to be put in place of a principal, a special commitment and “full co-responsibility” is required from everyone. Such full co-responsibility in order that the whole thing can thrive requires courage. Are we willing to take on the full responsibility for the school, to maintain the initiative? That is connected with courage. It will not be possible for a principal to obtain a foothold, to assert themselves, in strong colleges of teachers where these qualities are alive. But where the courage to assume such responsibility wanes, a principalship will sooner or later establish itself.

It is actually an incomprehensible and absurd situation that after centuries of corrosive criticism the practice of grades and marking has been able to persist in the state school system. Marks are an element which runs counter to a true education. To give a number to a complex human achievement violates human dignity or is, at best, nonsensical.

Such a practice of giving marks is even more absurd and embarrassing in a Waldorf school. It appears that pupils are indeed given marks in most German Waldorf High Schools. There are also Waldorf teacher education courses which either accept the awarding of marks voluntarily or are forced to do so through accreditation procedures.

An example which is perhaps connected to the above: there are old European “Waldorf countries” where the Waldorf schools today are almost suffocated by regular testing of pupils. Is all of this not evidence of a spreading lack of courage and of fitting in? What we need is a new fearlessness in the battle with the bureaucratic dragon.

There is a period in the learning biography of a person when they have the need to look up to a respected person, to be guided by that person in our learning. That is approximately the time between the change of teeth and puberty. During this period it is important for the learner to experience that the teacher is a judge of character, that they are passionately interested in the world and also understand it, and that they have control over themselves and are continuing to educate themselves.

Such a teacher must have the courage to forgo perfecting their knowledge and specialising in a particular grade or subject in favour of a universal relationship with the human being and worldly issues. It is fear which sometimes prevents us from progressing with our class to the higher grades at the end of middle school and to put our faith in the perspectives set out above. The profession of class teacher is based, among other things, on courage.

Courage as metamorphosis of the will

The human will is the most mysterious soul force. It expresses itself in overcoming resistance. If we look at a very elementary expression of the will – holding an object – we can study this characteristic. When we hold a bag or another object we can only do so because the action of the will is constantly reactivated in the fingers, the hand and the arm. We continually have to apply the will in the face of gravity in order to avoid flagging.

The will arises out of itself anew at every moment, it is thus highly creative. That is different from when we create a mental image or have a feeling. Our mental images factually depict the external environment. The feelings have a very personal, but also reactive character. The will is active and the most inward and individual one of all the regions of the soul. Here people are themselves to the greatest extent. The whole character of a person is connected with this most inward and individual region of their soul, their will.

If the will grows stronger and is also permeated by spiritual impulses, it expresses itself in our moral character as industriousness, diligence, perseverance, helpfulness or also as courage. Courage is a particular characteristic of spiritualised will and shows how people cope with opposition and overcome it, how they deal with risky situations fraught with uncertainties and trouble. Alternatively, courage can also enable a person to resist doing something (what might be expected of them), to hold back and refuse to perform an action. Courage is individual to the highest degree and connected with conscience and a sense of responsibility; it is also closely connected with initiative.

The motif of courage in The Foundations of Human Experience

The content of the initial course on Waldorf education, The Foundations of Human Experience (1), is composed in a uniquely artistic way. Dynamic images and movements, astonishing motivic figures, surprising rhythms and reflections are revealed to the artistic eye in this text. These compositional aspects should be closely observed in its study. Thus in the first and last lecture of The Foundations of Human Experience the motif of courage briefly appears. But this motif is part of the essential framework for the whole of our educational understanding of the human being.

Courage appears at the start of The Foundations of Human Experience (2) as one of three purely spiritual qualities: strength, courage and light. All three qualities are connected with the actions of higher beings “at whose behest and under whose mandate each one of us will have to work” and which unite with spiritual communities of people.

The angel gives the individual person the strength they need. If the strength which can be given by an angel is amplified, courage arises. It is a substance which forms among the people in a college of teachers when they unite in the spirit. The connection which creates courage arises with the assistance of the ring of archangels over their heads. Enthusiasm and en-COURAGE-ment for the educational work with the pupils and for the social effectiveness and influence on education policy of the school grow out of shared thoughts and experiences, out of conversations and collaboration. Courage comes to appearance here in the social context of a collegial collaboration and school management which is experienced as highly controversial today. Courage is formed as the product of practical and spiritual community building. Where today can we sense such a development of courage in our colleges of teachers?

Courage turns into the substance of a vessel which is blessed with a “drop of the light of time”. Courageous deeds attract the interest of the exalted beings of the Archai from the light sphere. Courage is affirmed, strengthened and endowed. The penetrating power of a deed carried by spiritual courage is enhanced. Miracles happen. Situations which rationally appear deadlocked, lost and intractable resolve themselves: “Courage turns to redeeming power.“ (3)

At the end of The Foundations of Human Experience (4) courage appears again as the middle quality in a total of three: imaginative ability, the courage for truth and a sense of responsibility towards the truth. If the first trinity was elevated to high dimensions of the spiritual world, then this other trinity is transposed into the soul space of the teacher. Courage figures here as a component of soul forces which have been developed through self-education. Courage as a strong force in the character of our heart and mind (intrepidness) is linked here with the search for truth; that is, with the cognitive thinking life. Its task is to overcome the insecurity which paralyses the will.

The penetrating power of the anthroposophical way of looking at the world is based on experiences which set in when we vigorously study anthroposophy and reflect on it in our hearts. Anthroposophy persistently leads us towards the limits of experience as mediated by the physical senses and moves beyond this threshold to purely spiritual facts for which we no longer find any external supports, such as for example life before birth and after death.

Without a considerable effort of will in our studies and in processing the explanations of anthroposophy in our thinking, we will feel as if we are lost, as if the ground has been pulled from under our feet. The things which we used as guides to that point have lost their validity here. These experiences can also be described as states of fear and anxiety. They can only be overcome through cognitive courage. Such courage arises from an enhanced cognitive power which through inner activity forms a firm existential foundation and security within itself.

A new wakefulness appears as the consequence of such cognitive courage: “This courage will keep you awake; despondency can send you to sleep by itself. The admonitory voice to take courage, the admonitory voice to be wakeful through courage, that is [...] the version of anthroposophy in the current life of our culture.” (5). We awaken to new aspects of the world and the human being.

This situation can be compared to the experience when we enter the water and at some point no longer feel solid ground under our feet. We have to start swimming. Existential fears set in at this point. Am I lost? Will I sink? We have to adapt our movements calmly to the new element of water and then we advance. If we persist, we have a feeling of being refreshed and of the growth of new strength and skills.

Translated from the German by Christian von Arnim

Dr. Tomáš Zdražil has studied the science of history, archive science and education at Charles University in Prague. After studying Waldorf education and publishing his doctoral thesis The Promotion of Health and Waldorf Education, he worked for 14 years as a class teacher, high school teacher and teacher of foreign languages at Semily Waldorf School in the Czech Republic.

Today, Zdražil is a lecturer at Freie Hochschule Stuttgart in Germany, specialising in the anthropological and anthroposophical foundations of Waldorf education. Further, he works for the association of Waldorf schools in the Czech Republic and is a member of the International Forum for Steiner / Waldorf Education. 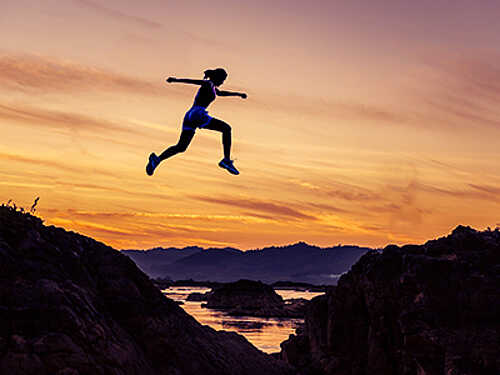