Education as an art

Rudolf Steiner never tired of regarding the actual process of education as an artistic process in which the teachers are the artists. How to shape a lesson (subject matter, age of the children, composition of the class, time, place, situation etc.) is an artistic matter which calls for creative skills and presence of mind.

Is the lesson, the whole day, a whole block period shaped in a way that properly encourages the children to use their own inner activity? The teacher needs an artistic sense with which to accompany the children as they develop since no systematic assessment can take proper account of changes in individual progress. Without this artistic element, Waldorf Education would deteriorate into dogmatism or sectarianism. At every turn the teacher must be able to see what has come about thus far and what can potentially come about in the future. The teacher's artistry depends on a sensitive perceptiveness, a richness of ideas and a sense for what is unique. Respect for the being who is trying to develop towards freedom leads to renunciation of generally accepted educational methods such as the too early use of technical media which tend to paralyse children's own activity and experience and thus tempt them to become passive consumers. It is much more meaningful to ask, for example: Rather than expose children too early to computers, what must I strengthen in them so that they can later on deal responsibly with such equipment? A person's own activity and imagination is far better stimulated by what is externally imperfect since the will to strive for perfection is inherent in the human being's make-up. This applies as much to toys as to the exercise books made by the children themselves, for any perfect medium leaves no room for their own imagination.

All that has been written above will have made it obvious that a Waldorf School can only flourish as a place for living if it is established in a meaningful way in the midst of its social, cultural and local environment. Such schools do not conform to any norm, their life unfolds in consequence of individual initiatives, so each is different from all the others. 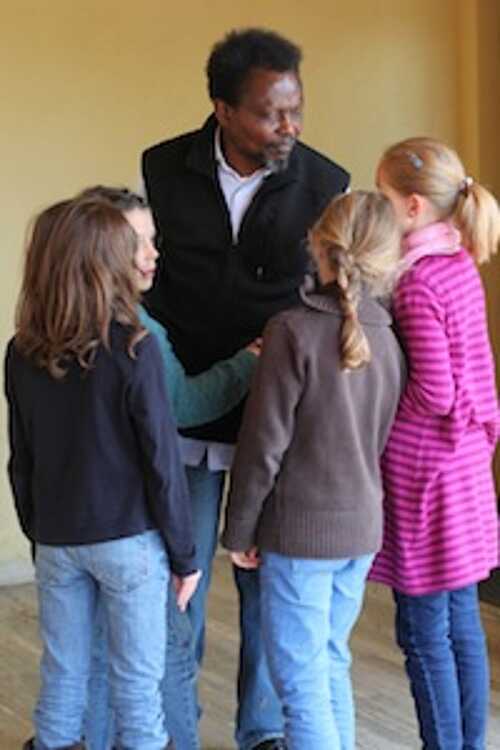