The Origin and Source

Years before the first Waldorf School was founded, Rudolf Steiner unfolded his views and insights on the education of the child. The first stage of development takes place on a bodily level. The child learns by moving, playing and using the total system of the senses. The nerve cells are fully developed at birth, but there are only few connections between them. During the first years the brain and total nervous system are further developed while the child exercises and their senses and movement system matures.

The sense of touch gives the child an inner image of the physical space that she occupies, the sense of life teaches the child to adapt to the general rhythm of life, along with an awareness of the general, organic or constitutional condition of the child’s body itself. Essential for the coordination of movement are the senses of balance and self movement.

The foundation for learning is laid by the development of these four basic senses; it consists of the capacity for spatial orientation and one’s own body awareness—body geography.

Modern science has confirmed the importance of sensory-motor development. The senses for balance and movement play an important role in visual and auditory processing - essential for learning—and concerning the ability to focus and concentrate.

When in the early 1940’s Audrey McAllen was trained to become a Waldorf teacher, Rudolf Steiner’s pedagogical lectures ’The Foundations of Human Experience’ were not yet translated into English. At the time, her instructor, Elly Wilke, held a series of lectures about ’The Understanding of Human Beings,’ a subject that covered the anthroposophical insights in the human body, soul and spirit. Miss Wilke’s teaching was based on Rudolf Steiner’s lectures, given in Berlin between 1909 and 1911, now published in ’Wisdom of Man, of the Soul, and of the Spirit’ (GA 115). In the first section (four lectures held in 1909), Steiner speaks about the senses and the human physical body built up by flowing super-sensible currents. Later, when Audrey McAllen was asked to work with children with learning difficulties, these same lectures became the inspiring source out of which she developed the Extra Lesson.

Archetypal Steps in the Child’s Development

The exercises given in the book “The Extra Lesson”, and new exercises developed according to these concepts, help the incarnating individuality of the child to connect with the universal architecture of the human body and the planet earth. As Audrey McAllen puts it: “The Extra Lesson Concept doesn’t focus on the soul of the child, but it works with the spiritual laws behind the architecture of the physical human body, and with the spirit of the earth. The exercises integrate the movements of the child into the universal movement patterns of the earth.”

Thus, the Extra Lesson directly addresses the evolutionary aspects of the human being and the earth during earlier developmental stages which, according to Steiner, are mirrored in the first seven years of the child’s development.

In the case of the child with a specific pedagogical problem such as an extreme temperament, constitutional type or psychological or moral issue, one is concerned with the Ego which, in the Earth period, has been sucked into the astral body and into the personal problems that the individual soul is struggling with in this incarnation.

The Extra Lesson offers pedagogical exercises in movement, form drawing, painting, and these exercises prepare the road towards the learning process in writing, reading and mathematics. Steiner’s indications on the development of the human sense organism, and the total mirroring sequence in the sensory processing, i.e. what happens in the super-sensible members of the human being, are the other essential components of the Extra Lesson.

By offering the child these archetypal movement patterns, she is helped to prepare her body to become a proper vessel for her individuality.

Because Extra Lesson is developed on the principles of Waldorf pedagogy, breathing and sleeping-waking rhythms are further essential components.

An Educational Support teacher, working one-to-one, can compose weekly lessons (50-60 minutes) with movement exercises for spatial orientation, body geography, lifting and stretching, rhythm and breathing, speech, form drawing, and some academic work. It is advisable to end each lesson with a short painting exercise, in order to work the forces that were called upon by the movement exercises back into the organism of the child—as Rudolf Steiner has indicated for ending eurythmy and gymnastics lessons.

It is advisable to have all students recapitulate the movement development from two-dimensional into three-dimensional space, i.e. from the horizontal to standing up and walking upright. A sequence of crawling exercises helps to integrate early movement patterns. Although it will not always show from the beginning, very often improper integrated early movement patterns are hidden deep in the movement system of the child, and interfering the functioning of the sense and movement organization.

Breathing is the healing element in education. A unique exercise for healthy breathing is the Copper Ball exercise, always followed by the Moving Straight Line and Lemniscate form drawing exercise. Both exercises are designed according to universal developmental steps.

The Moving Straight Line and Lemniscate form drawing exercise addresses the activity of the left and right sides of the body, the conscious coordination and the rhythmical movement and breathing. The lemniscate and straight line are archetypal forms that address the super-sensible organization of the child.

Another unique exercise is the Right-Angled Triangle, which addresses the total movement system, including legs, arms, eye muscles and movement coordination. This exercise also connects the super-sensible forces of the bodily organization of the child with the spiritual forces that have built up his body and the planet earth. In this exercise breathing activity is also strongly involved, including the rhythmic flow of the cerebro-spinal fluid. Thus, the conscious will of the child is activated.

The painting activities in Extra Lesson all have an archetypal character. Therefore, form and colour indications given might seem limited. Developing creativity is not the primary goal here.

Class teachers can also use the Extra Lesson exercises in their teaching, either for individual children or with the whole class. The latter needs to be well organized because one wants all the children to do the exercises correctly. The teacher should be able to demonstrate the exercises properly because the children's forces of imitation are involved. To observe the children’s movement development one can have them perform the exercises in small groups.

The effect of this might be different from a one-to-one approach since this works more as a hygienic intervention than in a pedagogical-therapeutic sense. However, doing these specific and focused exercises with a whole class and taking turns in smaller individual groups is highly recommended. Class teachers should be aware of the fact that the foundation for learning lies in the physical development of the first seven years. Extra Lesson exercises are successfully done in Waldorf schools in blocks of various lengths. Individual soul requirements and constitutional issues are the province of the class teacher and/or school medical doctor, and these should be addressed by them and/or by curative (therapeutic) eurythmy or art therapy.

Extra Lesson is the teacher’s solution to learning difficulties, and, as described above, its methods come directly out of classroom pedagogy and general anthroposophy.

Extra Lesson stands within the pedagogy for the normal child. It is an important aid to child study. It can be supported by gymnastics, artistic therapy, curative eurythmy, the doctor’s interventions—as the class teacher responsible for the child sees they are required, or as suggested to them by the Extra Lesson teacher.

Extra Lesson activities can be part of the class room routine.

One must keep in mind that working with Extra Lesson is a pedagogical approach of a teacher. The goal is to support the children in their learning process. Reintroduction to formal work in writing, reading and arithmetic is part of the concept.

Joep Eikenboom has been a Waldorf teacher in primary schools since 1980. In the early 1980s he met Audrey McAllen and started to work with her ideas. Between 1987 and 1990 he worked as an educational support teacher. He studied the anthroposophical background of Audrey McAllen's work in close contact with her. He is now a class teacher at a Waldorf school in the Netherlands and one of his goals is to bring the Extra Lesson into the classroom.

McAllen, A. (1990) The Listening Ear, the development of speech as a creative influence in education. Hawthorn Press, UK 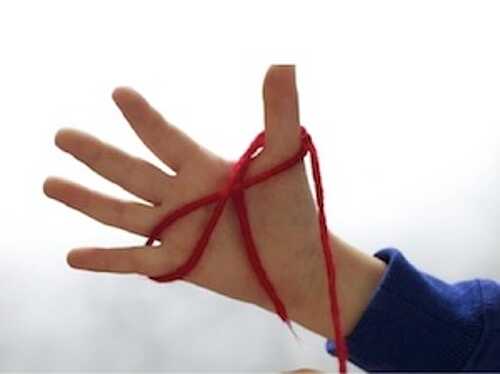