A CALL TO ACTION: NO to Digital Kindergartens YES to constructive educational investments!

Those who have signed this petition are concerned about the healthy development of future generations. They want to actively support constructive educational investments in kindergartens, child care programs and pre-schools and intend to develop a network to move forward quickly and convincingly with this initiative. What is the initiative about?

One third of all one-year-old children in the USA today are active with computers before they can walk or speak. In Germany 70% of 2- to 5-year-olds currently spend a half hour a day with a smartphone. The most commonly used application in Germany among 6-year- olds is Facebook. All pre-school age children watch television, often far more than an hour a day.

The attitude of many adults that seems to prevail is that getting used to the digital age very early is unavoidable, especially since well-known education politicians impress the public with high rates of investment in this area. Even more horrifying is the extent to which risks and side-effects of digital information technology are forgotten. Such risks and side-effects are greater the younger the child is. This is because the plasticity of the brain is so much greater, the younger a person is - and therefore much more sensitive to false stimulation and disruptive influences.

For this reason, constructive investments that support healthy development, rather than digital educational investments, are most important in pre-school, still very good in school and significantly less effective later, as shown in the following illustration. Thus, for example, finger games foster mathematical capacities and development of the frontal lobes of the brain, whereas tablet computers do not. This is because cognitive achievements are provided by areas of the brain that receive their signals from activated sensory and motor areas.

What are constructive education investments?

One of the most important results of brain research in recent years is the evidence that children best learn dexterity, walking, speaking, and thinking through their own activity - through trial and error, free play, and through imitation in direct contact with others. A television set that is on in the background disturbs language development, as do electronic books that read themselves aloud to the child, and involvement with other digital media. The most important thing for the child's language and conceptual development is dialogue with the child, as well as reading aloud to the child accompanied by conversation. Here one can say - a lot helps a lot. Thus the difference between the vocabulary of a child from an upper socio-economic class at school entrance age and one from a lower class is that the upper class child has heard 30 million words more than the lower class child (Hart and Risley, 1995). Correspondingly, their speech centers are better trained and the entrance into an academic career is easier.

In general, one can say: brains do not download. On the contrary, they change through their active use of their own observing, discovering, examining, listening, touching, smelling, tasting, compassion and sympathy, thinking, speaking, and doing: everything a human being does, especially independently, is accompanied by constructive brain activity. It is this taking advantage of the brain that acts as the stimulus for its daily further development.

In contrast to a computer with modules for processing and storing information, there is no separation in the brain between processing and storing. When the brain processes information, the connections between the nerve cells change - and these same nerve cells store the information. The more a brain has processed, the more it has also stored, and it can thus process even better. The more languages a person speaks, the easier it becomes to learn a new language. The speech centers do not get "full"; on the contrary, the more they already have stored, the more capable of storing they become! This characteristic of paradoxical storage is true in general - the more musical instruments one can play, the more tools one is able to use, the more books one has read on a particular subject, the easier it is to learn to use a new instrument or tool or read another book on the same subject.

It is for this reason that it is so important in childhood and youth to offer a broad education and especially to support sensory and motor development. Nothing is less suitable for the training of sensory and motor regions of the brain than swiping over and over again across a glass surface without any sensory differentiation.

And what are the negative consequences of becoming used to digital media too early?

Children who spent a lot of time in front of a screen and use digital media frequently show the following disturbances and limitations:

-  Disposition – on the basis of anti-social behavior - toward criminal behavior (Robertson et al. 2013)

-  Use of a game console was shown to cause bad grades in reading and writing as well as behavior problems in school (Weis & Cerankosky 2010).

-  The more time young people spend in front of a screen, the less compassion (empathy) they demonstrate toward their parents and friends (Richards et al. 2010).

-  Smartphone use among young people causes lower levels of achievement in school, a reduction in satisfaction with life, and increased depression (Lepp et al. 2014), more attention disturbances (Zheng et al. 2014), short-sightedness, sleep disturbances and addictive behavior. In addition, more than 60% of smartphone uses are afraid of missing something, are afraid of being separated from their phone, or to lose their network connection. Such fears support the already excessive use, which can then become an addiction.

We are not adversaries of technology - our concern is to protect a space for the development of childhood, for the sake of the children, the human rights of children, so that young people and adults can be competent users of technology - in its right place.

The good example of South Korea!

Pediatricians in the USA have been warning for years about the above-mentioned risks and side- effects and demand a complete absence of digital media for very small children and for older children a notable decreased in the length of time they are exposed to media. South Korean education politicians are now acting accordingly. South Korea is the first country in which the government - already in 2015 – has begun to legally protect the younger generation from the worst effects of new technology. Anyone younger than 19 who purchases a smartphone must have software installed that (1) blocks access to violence and pornography, (2) registers the daily usage and sends a message reporting it to the parents, and (3) interrupts the connection to games-servers after midnight. In this most digitally advanced country there is an awareness of the importance of protecting the upcoming generations from the risks and side effects of this technology, since South Korea is the country with the most advanced digital infrastructure, producing the most smartphones in the world. Therefore already 90% of all children between the ages of 10 and 19 are short-sighted, and more than 30% of all children and youth are addicted to smartphones.

Do we want to wait so long until this is how it is here in Europe?

We are all asked to be active!

We cannot leave the health and education of the next generation, and therefore our future, or the basic pillars of our free democratic society, to economic interests of the richest companies in the world! Therefore our educational facilities, above all kindergartens and preschools and child care centers, must be free from the already proven negative influences on our children!

This has to do with nothing less than the defense of the fundamental values of our society against an overly powerful economic lobby. If we do not get involved, we are acting irresponsibly toward the next generation, to whom we have already left a sufficient legacy of problems, including debt, conflicts, and a trash-filled planet.

Call to action: No to Digital Kindergartens

We thank...
each active participant in civil society, each expert, each institution that supports this call to

action. The greater our numbers, the more of an impression our position can make on those responsible for educational policy. We will begin our action in the first quarter of 2017.

With heartfelt wishes, in the hope that this call to action will serve the protection of childhood and the dignity of the child-

and the 600 participants in the Hannover Congress “The Right to Childhood” of the Association of Waldorf Kindergartens held on November 19, 2016 in Hannover. 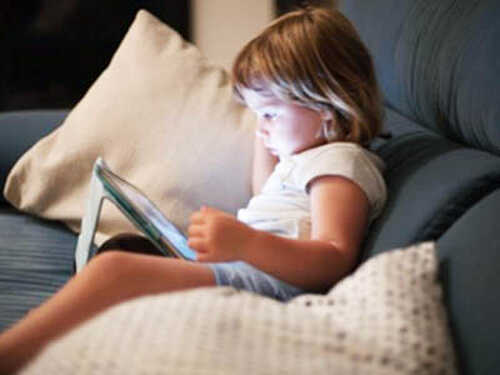