‚The Yellow Pepper‘, or what are ‚pedagogical stories‘ all about?

Children love having stories read to them. Today reading aloud has been taken a back footing. Often the media replace the human being. There is plenty of opportunity to enter the fairy tale tent – it is packed with small listeners. The author Margarete Jäckel uses this fascination as her starting point and smoothes every day obstacles with ‚thoughtful stories’. And it works: daily chores such as tidying up, eating vegetables or brushing teeth are dealt with much more easily. An ingenious concept to access the will through the feeling, suitable also for parents‘ evenings, for those odd moments here and there and for cover lessons. Do make up stories for your children to suit your surroundings and your culture!

What type of stories touch a child’s soul and what effect do these stories have?

Unlike adults, a child during its first seven years does not differentiate between a living and an inanimate world. The child longs for descriptions of nature which bring nature to life. For the child, a star, the sun, a stone, a plant is able to feel in the same way as a child and a grown-up. The sun sets because he is tired. Everything is interconnected and able to communicate with each other. The child does not separate its surroundings from him- or herself. It is at one with everything.

Once the child starts school and the process of the change of teeth has begun, there are changes. The child in its second seven-year-cycle lives in pictures and longs for them greatly. They now want to learn but learning will nourish the soul only if educators succeed in bringing the world to the child in pictures. „[…] once children have passed their seventh year, these formative forces are transformed into soul activity, so that they long for imagery, and this should indicate the fundamental principle of childhood education.” (1) „Earlier, its [the child’s] thinking cannot yet comprehend intellectual concepts…”. (2) „Here one has to consider that at this age their thinking is not yet logical, but has a completely pictorial character.“ (3) „After the change of teeth, when children experience conceptual thinking, it is as if spikes were being driven through their whole being, especially when such concepts come from the inorganic, lifeless realm. Anything taken from the soulless realm will in itself estrange a child. Consequently, those whose task is to teach children of this age need an artistic ability that will imbue everything they bring with life; everything must be alive.“ (4) This must be considered by the educator when teaching letters, numbers or ethical values. If stories are told around each of the letters, they will touch the child’s soul. The child will remember the letter because the story has reached him or her through feeling.

Up until the ninth year the child does not require any explanations of the laws of nature. Values should not be taught as concepts. If, for example, the value of sharing is offered simply by telling the children the story of St Martin, their eyes will light up. If the show-off or know-it-all in the fable of the hare and the hedgehog (5) is tricked into losing the race, the children experience and sense that showing off is not something to strive for. The heroes of the stories act as role models for the young listeners. Their heart is addressed rather than their intellect. “By educating intellectually, we loosen the soul from the body […].” (6)

What are „pedagogical stories“?

I have heard many parents bemoan the fact that their child is unable to remember this letter or that letter. Or that they have repeatedly explained to their child that they must not take things without asking. And how difficult it is to be consistently fair. The children complain that it is very mean that a sibling has ended up with more of something. And how often do we remind children that losing their temper does not help?

Today’s adults largely appeal to their child’s intellect or reason. However, this approach does not truly reach the child. In comparison it is as if we, as adults, are offered only a hard hunk of bread when we are hungry. We allow the child’s soul to dry up through such rational explanations. „One gets the sense that intellectuality impoverishes the soul and makes us inwardly barren…“ (7). The child hears our words but is not moved inwardly. Hardly any of it will stick in his memory. And whatever does stick will be as a phrase learnt off by heart, unconnected to its feeling. The message is merely repeated. However, the will is accessed through feeling, and that is how learning will get through to the will.

The Pedagogical Stories allow the children’s souls to join in with the sorrows, the challenges, the worries, the joys and the solutions developed by the relevant children in the stories. „Yes, that’s how I want to do it, too, yes, that’s the right way!“

The Pedagogical Story activates a child’s own impulse for action. This constitutes education towards freedom. No amount of explanation, of lecturing or recrimination, shaming or criticism will ever encourage a child to change.

It is often the daily challenges that children face which are suited to being dressed up into a story. Tidying up, sharing, creating a feeling of community, complaining about food, a child’s position among siblings, judgements, etc. Parents are familiar with these themes as are kindergarten teachers and teachers in general.

There are children whose soul causes them to be ‚all over the place‘. What picture could reach their feeling? What else can be all over the place? Maybe a scent? Or the Brothers Grimm‘s tale of the sweet porridge which could not be stopped? Or a ball of wool that sets out to travel the world? The story „Confused“ (8) is about such a ball of wool. It chats non stop, gets in a tangle, does not focus and loses itself, literally. How could it be held and shaped? In the end it is used for weaving. The shape of a small woven rug provides the support it needed.

I frequently encounter grandchildren who do not want to eat vegetables. How can I provide a picture of the value of a plant? How can I show the children what it means for a pepper to be harvested and eaten at the end of its growing process? To experience the joy of being eaten is its only purpose for life on earth.

„...It’s similar for the yellow pepper growing next to the green one in the flower bed. She is dreaming about being discovered by the gardener. She hopes that soon he will come and say to her:

Hello, yellow, strong, pepper. You are ripe and very beautiful. I will harvest you today! But she must be patient. Many other vegetables all around her have already been picked. Why not she? She has been waiting so long.

Maybe something is wrong with her?

Is she not shiny enough?

Has she not yet grown fat enough?

Oh, she hopes she won’t be overlooked because of the leaves hiding her plant!
She so much wants to be seen and admired!
To be exhibited in the vegetable display, picked by a loving hand and placed in a bag!“....

Every day she waits to be harvested. Her excitement is growing. The children are able to empathise how it feels for a piece of fruit or vegetable to ripen and what their deepest desire is. At long last the pepper is picked and purchased by a woman and prepared lovingly at home. But now what is happening?

... What is it? What is the yellow pepper having to go through now?

The yellow pepper is startled. It is as if someone had smacked her in the face!“.....

The children have a chance to experience what their rejection means for the pepper. The pepper represents the food that I, as a child, treat with no respect.

Then we reach the resolution. The sad pepper is redeemed.

„...then she hears the voice of the mother. She says to the child:

You have not yet tried it. Look, take a small piece of the stuffed yellow pepper with tomato sauce from my plate. You see, it is a particularly beautiful pepper. Why don’t you try it? Maybe you will like it after all?

Yes! I do, the pepper hears the voice of a child.

Mmmmhhh!
It tastes really good! The pepper and the minced meat together are lovely. May I have some more?

And the deep, warm voice of the grandfather rings out:

It is really delicious!

The yellow pepper and her brothers and sisters are very happy!

That’s what they grew and lived for.

To bring joy to human beings, to give them strength and energy!

The yellow pepper had fulfilled her destiny.“ (8)

The Pedagogical Story is read or told without giving additional explanations which would target the intellect. It stands as a picture in its own right offering unadulterated, strong nourishment. It can be taken up again and again when the occasion demands it.

Pedagogical stories do not work immediately like medicine might. The child will not change its behaviour straight away. However, the picture of these stories will be anchored in their heart. I loved the legend of St Martin myself. However, I still struggled with sharing with my siblings and didn’t always manage it. The picture of St Martin giving half his cloak to the beggar has remained with me throughout my life and continues to work its magic quietly.

Do make up your own stories freely for your children, to suit your surroundings and your culture! 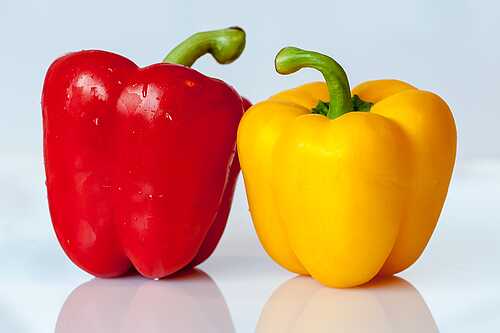