The final presentation of a Waldorf student

Teachers, please pay attention! Here is a message for you from a young girl reflecting on a complex educational issue after twelve years of Waldorf Steiner school.

For the past twelve years I have been going to the Rudolf Steiner School in Ittigen, Switzerland. I have had all sorts of main lessons and I have learned some foreign languages, too. I have learned about German, history, art and science. In the German lessons, we looked at grammar and literature. We learned about the people who had written the world’s most important books, like William Shakespeare and Goethe.

In the history lesson, we were told about Julius Caesar, the strong Roman soldiers and Napoleon. We learned how kings conquered countries and how Hitler and Stalin made a pact which changed the world. In the art lesson we heard about uniquely gifted painters like Da Vinci, Michelangelo and Van Gogh. In the world of music it was Mozart, Schubert and Elvis Presley who influenced society and history.

In our physics lessons, the teacher wrote formulas on the blackboard which I should learn because they have advanced society, even all the way to the moon. Of course, everyone in my class already knew some famous physicists like Albert Einstein and Stephen Hawking. In chemistry, elements which make up the world were listed. A brainy chemist called Alfred Nobel had invented dynamite in his laboratory which changed the world, though not only in a positive way. When I went home after school, I read in the paper that Obama and Putin were meeting and that Rodrigo Duterte had been elected as the new president of the Philippines. When I got home, I walked past the TV where I saw a picture of a meeting room in London’s parliament where hundreds of men in suits sat and discussed important questions.

Is there anything missing?

It’s incredible! Why is there in my text, which is quite a normal and understandable text, not a single woman? Did you even notice this fact? Have women also changed the world or did they stay at home? This is exactly the question I asked when I was handed a sheet of paper in the chemistry lesson. I was told that these were the most important chemists in the world. I only saw short hair and beards. Aren’t there any women who did clever and brave things? Yes, there are! Why are they not in my thoughts and in the thoughts of society? Why would only very few people find the beginning of my text strange? Because it is quite normal. We are used to the fact that a man wins a Formula 1 race and a woman hands him the champagne. It is indeed time that we give women a place in history, a history which they have also contributed to.

Women have done research, they have made discoveries and inventions, just like men did. Ordinary items, such as the predecessors of WiFi and Bluetooth, heating systems, the refrigerator, security cameras, the contraceptive pill and the first medical syringe were all invented by women. Further, the lifeboat, the emergency exit, the game Monopoly and beer have been developed by women.

Of course, during my research I often came across the term “feminism”. It is often wrongly taken as a movement which aims to assign women a higher position than men. In the definition of the term feminism, however, there is no mention of which gender someone should be. A feminist is just someone who believes in the social, economic and political equality of the sexes.

The differences between men and women are natural and must be respected, but everyone should have the same oportunities and rights. It would be the most natural thing, to treat every human being the same, but history shows us the opposite.

Often, people feel slightly attacked when feminism is being discussed and they protect themselves by making jokes or avoiding an honest discussion. What I often hear is: “Women are allowed to vote, to work, to drive a car. All is well, Jannah, you are just angry and old fashioned.”

However, I am convinced that not all is well and that I am definitely not old fashioned. Someone said to me: «We live in Switzerland, here feminism is not necessary.”

However, the world is larger than Switzerland and problems do not disappear if you don’t look at them.

Feminism is necessary because…

Equal rights do not stop here because it also affects men.

Men are sentenced to longer prison terms for the same crime than women. In daily life, men are also victims of domestic violence but 99% of sheltered homes are for women.

The world has come a long way and yet it is tragically behind. These disturbing figures show that there is still a lot of work to do.

This is why today I am asking you to become aware of this issue in your daily life and address it.

And this is what I say to all teachers: Please make sure to speak about women as researchers, scientists, explorers, writers and artists so that the girls in your school can glue pictures of women as role models in their main lesson book in every school subject!

Jannah Smith was born in 2001. She lives in Bern, has completed twelve years of Waldorf School in Ittigen and plays rugby for Bern. 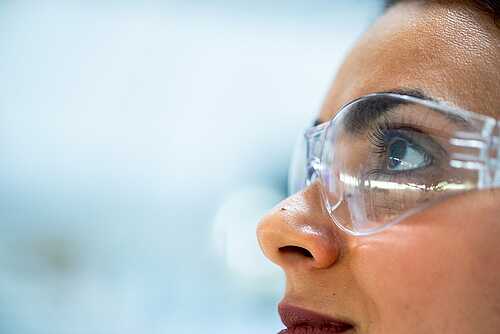