Religion and Religious Education in Waldorf Education and Teacher Training

If the development of the child's religious potential is one concern of Waldorf education, then this mission must also be included in teacher training. An article by Prof. Carlo Willmann, lecturer at the Vienna Center for Culture and Education and Professor for Religious Education and Ethics at Alanus University in Alfter near Bonn.

In the development of Waldorf education, much emphasis has been placed, both in the schools and in teacher training programs, on the development of invigorating art forms and on teaching nature-based science. However, emphasis in training on religion is lacking for a variety of reasons, in part because religion is known to be not only valuable, but also a particularly sensitive field of knowledge. Religiosity and religion are an expression of man's relationship to the divine/spiritual world, and its forces are deeply inscribed in the history of mankind, yet the religiosity of an individual person represents a highly private aspect in his or her biography.

This potential of the relationship to the spiritual world, peculiar to human beings, expresses itself in the numerous religions that developed during the history of mankind in manifold and even contradictory ways. The consolidation of the major faith communities in recent history and the accompanying increase in their claims to truth have done no favors to the religions themselves, and certainly not to human beings. We now stand at a Michaelic turning point, where the depth of spirituality of all religions and cultures can be awakened and developed in such a way that religions no longer have to act in competition against each other, but can work together with their own respective forces to give lasting dignity to the human experience.

It is against this spiritually emerging background that we must view the significance of what Rudolf Steiner called “general religious education” in Waldorf schools. It aims to contribute to the spiritual deepening of the child's and adolescent's encounter with themselves and the world, and to gradually enable the growing human being to determine and live out his or her religious existence freely and consciously. Under the principles of freedom of thought, tolerance, mutual respect and recognition, this stance honors all religions without orienting itself to the individual religious contents, but rather to their deeper human and spiritual values. It is an introduction to religion, not instruction in religion. The latter is the responsibility of the parents, the young people themselves, or the respective religious communities.

If the development of a child’s religious potential is the purview of Waldorf education, then this task must also be addressed in teacher training. This means that the study of Waldorf education should do justice to its claim, and also ask the following questions:

In summary, how can we give voice and experience to that which unites all religions in their deepest essences and their most important and profound intentions, which include gratitude and modesty, reverence and humility, sense of truth and power of thought, compassion and kindness of heart, energy and sociality – but above all, love: love for people and for everything divine, as probably the strongest force against all that threatens our humanity.

Such a study first of all requires the thorough reflection of each person on his or her own relationship to religiosity and religion. This reflection can result in gaining clarity about the positive approaches but also obstacles and barriers to exploring and developing the realm of the religious, and thus shaping religious education in the best possible way.

In terms of content, the study of Waldorf education must provide a sound knowledge of religious (and theological) anthropology and, in particular, a precise understanding of the religious development of the child. The study of man in Waldorf education offers a comprehensive basis for this, which can be supplemented with specific insights from religious psychology and religious education.

Finally, it is also important to examine the didactics and methodology of Waldorf education for their relevance to modern religious education, and to make them fruitful. Waldorf education has a diverse repertoire of methods that strongly touches the area of religious education: from the immense importance of imagery for children's understanding of the world, to the high value of narrative mediation of the world, to the numerous symbolic forms of action that enrich the lessons and also shape school life as a whole.

In Waldorf education, therefore, much is already established for opening up the essence of religion to people, in addition to science and art, as a spiritual bond to the higher worlds, as well as a source of trust, confidence and joy in life.

This approach in the training of future teachers could help nurture the treasure of a "religion that comes alive" at all Waldorf schools and across all borders, a treasure to be shared generously with all pupils.

Prof. Carlo Willmann: Professor of Religious Education and Ethics at Alanus University of Arts and Social Sciences in Alfter near Bonn. Institute Director of the Center for Culture and Education in Vienna. Seminar Director of the Master's program in Waldorf Education at the Danube University in Krems. Chairman of the International Network for Academic Steiner Teacher Education (INASTE). Since 1984 secondary school teacher of religion, history and art history at Waldorf schools. Studied Waldorf Education in Mannheim, Theology in Freiburg, Frankfurt and Vienna, Art History in Vienna. 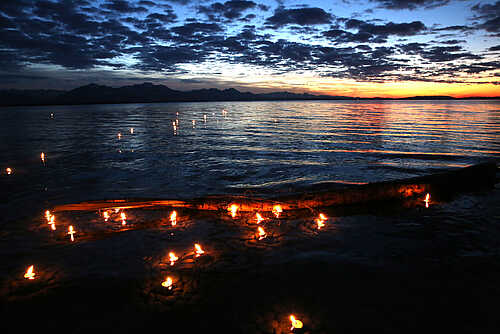