Courage for an Independent Spiritual Life or: How do we find the treasure?

The tenth World Teachers' Conference takes place in Dornach from 28th March to 2nd April 2016. Teachers and educators from all over the world will be exploring current educational questions under the title Overcoming Resistance: Courage for an Independent Spiritual Life. Florian Osswald, head of the Pedagogical Section at the Goetheanum, goes on an unusual treasure hunt to approach the conference topic.

Rudolf Steiner's educational impulse is an attempt to create a kind of education which is strictly oriented to the child and which enables the child to develop a “loving autonomy”.

Children are not fixed in their ways. We immediately recognize their childlike conduct: they are open-minded towards the world, their experience is fresh, they forgive us, they learn amazingly fast, have intuition and astonishing stamina and are interested in everything. Adults have to muster the courage not to obliterate the children's freshness, their openness and their intensive interest. We must allow the “childhood forces” to remain active into adulthood and old age. As Steiner put it:

But you will say: We cannot make every aspect of the spiritual life dependent upon children. Spiritual talents, spiritual capacity and spiritual activity must be something that goes beyond the time of childhood and adolescence. In general, however, this is not so, as paradoxical as it may sound. Because any capacities we may have that go beyond the average and that have stayed with us past our twenties, are based on what we have preserved from childhood as spiritual talents. This is what spiritual research reveals again and again. The greatest geniuses are precisely those who carry the powers of earliest childhood into their thirties, forties and fifties. As they get older, they practice these powers of childhood but with a mature soul, a mature spirituality  –– but they are still the powers of childhood. Unfortunately, our culture has the distinction of killing off as much as possible of these childhood forces through upbringing and education... (i)

Here, Steiner talks about the „childhood forces“, or „what we have preserved from childhood as spiritual talents...“. He does not refer to talents based on genes or milieu but to what the child has carried over, as it were, from the spiritual world. For Steiner, the child is not a tabula rasa because every child carries within herself the “treasure of childhood”. With that we don't only mean extraordinary talents but also the child's idiosyncrasies such as the way she plays, how she moves, her particular imagination or how she expresses herself.

The Age of Prevention

Steiner warns us not to „kill off“ the powers of childhood. How does this happen nowadays? We have developed methods for “efficient” learning. Many educational programs aim to boost numeracy, literacy and second languages as early as possible, without taking the child's developmental stage into consideration. Children play in standardised playgrounds which do not allow any real room for play in its true meaning. They spend long hours sitting down at desks and are put through academic drills at extra tuition centres. Parents worry that their child might not pass the required exams and will “fall behind”. They believe that a successful future is based on passing exams and they act accordingly.

All this leads to a withdrawal of the childhood forces. Boredom is banned. Children are prevented from day dreaming or from aimless play. They are no longer allowed to try out crazy ideas or to make mistakes. They are prohibited from running wild, bruise their knees and get dirty. Thus, their voices are silenced, the treasure remains hidden, the power of childhood is wasted.

However, if the treasure is allowed to unfold in a healthy, unconstrained childhood, its light becomes visible...

... because the treasure shines

Treasures fascinate us, their visible magic is mesmerizing. Marianne Williamson talks about it in “A Return to Love”; Nelson Mandela quoted her in his 1994 inauguration speech in Pretoria/Tshwane.

Our deepest fear is not that we are inadequate.
Our deepest fear is that we are powerful beyond measure.
It is our light, not our darkness that most frightens us.
We ask ourselves, Who am I to be brilliant,
gorgeous, talented, fabulous?
Actually, who are you not to be?
You are a child of God.
Your playing small does not serve the world.
There is nothing enlightened about shrinking
so that other people won't feel insecure around you.
We are all meant to shine, as children do.
We were born to make manifest the glory of God that is within us.
It is not just in some of us; it is in everyone.
And as we let our own light shine, we unconsciously
give other people permission to do the same.
As we are liberated from our own fear,
our presence automatically liberates others.

One of the keys to a deeper understanding of Williamson's words is to be found in the line “Your playing small does not serve the world”. We, the adults, belittle the child if we do not grant her the room she needs for her growth and development. And so she will be playing small when she herself has become a grownup.

A light in our society

Further, it becomes clear that the treasure's light is very much needed by our fellow human beings, by society as a whole. Radiant people inspire others and are able to live their lives in new, creative ways. And what is more, I truly believe that young people – if they were allowed to experience a healthy childhood – will find new, unprecedented solutions for today's difficulties. Mankind is stuck in many ways: the burning up of fossil fuels and the unregulated economic growth, to name but two. Young people must be given a chance to contribute their ideas to the world. Society needs fresh, new vigour to solve urgent global issues.

However, we are in real danger to remain stuck in the status quo. In education, we may avert this danger by an intensive study of childhood, because the childhood forces need to be discovered again and again. They are generally known and listed in books on child development. But if we want to perceive the exact way they manifest themselves in the individual, we need to observe children carefully and be open to expect something new in every child.

This means that the adult has to awaken the child within himself, based on some inner change. For example, if I want to closely study someone else's gait, if I want to imitate his way of walking, then I need to forget my own way of walking for a moment and I have to immerse myself into the other person's walk. This is the moment when some inner change happens. And the child shows us the most extraordinary ability for change! The fresh wind of transformation – and the child is visible transformation – touches us. This, together with our openness and a deep interest in the world are the foundations for the following three tasks.

The first task is to inspire the confidence in the children and adolescents to know for certain that in each one them lives a treasure which only they can discover. The people around us only assist in the process, like midwives do.

Finally, the third task is to bring the world closer to the children and teens. This has to happen on all levels, not just in theory. Steiner said that all teaching should essentially be a teaching of life skills. From kindergarten to high school: Teaching must lead the learner right into reality.

If we face these three tasks and create the proper teaching environment for the children and teenagers, then we enable them to develop a „loving autonomy“. This is where the seed to an independent spiritual life is to be found.

From the German by Karin Smith

i Rudolf Steiner in a lecture on 16th June 1920. Published in German in: Soziale Ideen – Soziale Wirklichkeit – Soziale Praxis. GA 337a. No English translation available. 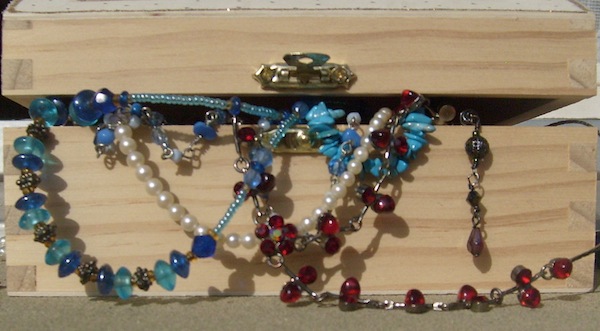