In 2012, around 58 billion text messages were sent in Germany alone (i); globally there were about 7 trillion messages sent and the figure is expected to rise to 9.4 trillion in 2016. (ii) People in Germany spent 107 billion minutes talking on mobile phones in 2012 (iii), this amounts to around 204'000 years. The amount of data downloaded from the internet onto mobile devices rose to 93 million GB in 2011 (iv), and the trend is increasing.

These figures show how much time people spend with their little gadgets which are at home in their coat pockets. This changes human behaviour. In 2012, the journalist Christoph Koch published a book that quickly became a bestseller. Its content is nothing else but a description of what he experienced when he lived without internet and mobile phone for four weeks (v). Not only Koch describes significant changes in his behaviour through the intensive use of internet and mobile phone; a number of other authors confirm his findings. (vi) They describe unanimously that they have lost the aptitude to concentrate on the same issue for any length of time. They all describe that their thinking has become fragmented. One scientist noted that he had lost the ability to “think large, deep thoughts.”(vii) We not only lose the power of focused thinking but also the skill of communicating meaningfully with others. The observation of an American High School teacher exemplifies this:

“As soon as I finish my lecture, the students start to check their mobile phones for messages and missed calls. I watch students queuing in the cafeteria and typing messages while completely ignoring their peers who are standing just half a yard away. Late one afternoon I noticed six students who were all talking on their phones while wandering up and down the corridor, avoiding collision like boats on a night cruise, lost in the fog of conversation... A student wrote in an email about an online date she had on a Saturday night without leaving her room. Paradoxically, these students have active social lives while being socially isolated.” (viii)

These observations are symptomatic for many others: At one school the parents are invited to a parents' afternoon. Six or seven dads are busy with their smartphones while their children happily show off their new skills. The fathers are physically present but mentally absent. Mobile technology teaches us “absent presence.” The 1990's adverts for mobile technology promised us “unlimited communication”. Today, everybody can indeed talk to anyone else at any time of day or night anywhere else in the world. In the face of this great technical achievement we might forget the fact that real communication is based in the here and now. Diligent observers notice that immediate human conversation is diminishing in favour of mobile communication. Since mobile communication and internet have become the standard, we observe an erosion of direct human conservations in favour of virtual contacts. (ix)

Our goal cannot be the defeat of internet and mobile phones, this would indeed be reactionary as Rudolf Steiner stated correctly, referring to technology in his own time. But we need to point to the critical aspects so that individuals may re-discover the balance. We have to learn to oppose the overwhelming presence of mobile communication, internet, radio, TV etc. in our daily lives with times of inner peace. We do not need to relinquish the advantages of communication technology. However, a few tips for a competent use of these devices are given here. Please feel free to add any of your own.

- Arrange internet and mobile phone free times. At least one day a week should be “screen free” and “net free”. For a family with children this might mean “Mama and Daddy are mine on Sundays!”

- Keep some of the rooms in your flat or house free from technology. At least the bedroom should be free of any televisions, computers, phones, mobile phones etc.

- Turn all devices off during shared meals.

- Emails are handy but they can also be a source of disruption. Do not start your working day by downloading your emails but rather by working on your own projects. Only download and answer email when you have dealt with your own work.

- Do not check email constantly but only at scheduled times.

- If you have a tendency to forget the time when you are online, set an alarm clock.

The American communication expert Howard Rheingold points out that digital media can only be used meaningfully when certain skills are learned and developed further. The most basic one of them is the ability to pay attention. Developing the skill of focusing your attention requires mental discipline. This in turn will enable you to use digital “thinking tools” without losing concentration.(x) This type of mental discipline can only be practiced in media free times and environments. Daily, focused and continuing meditation is a possibility to practice inner self discipline. It is crucial to plan times and places into our schedule in which we are involved with things that balance the relentless strain of our daily exposure to the internet and mobile phones. Handling technology with supreme autonomy sets an example for our children and teaches them a responsible approach to digital media more effectively than a lot of talk.(xi) As Karl Valentin said, “You may bring up your children in any way you like... at the end of the day, they will copy you anyway.” 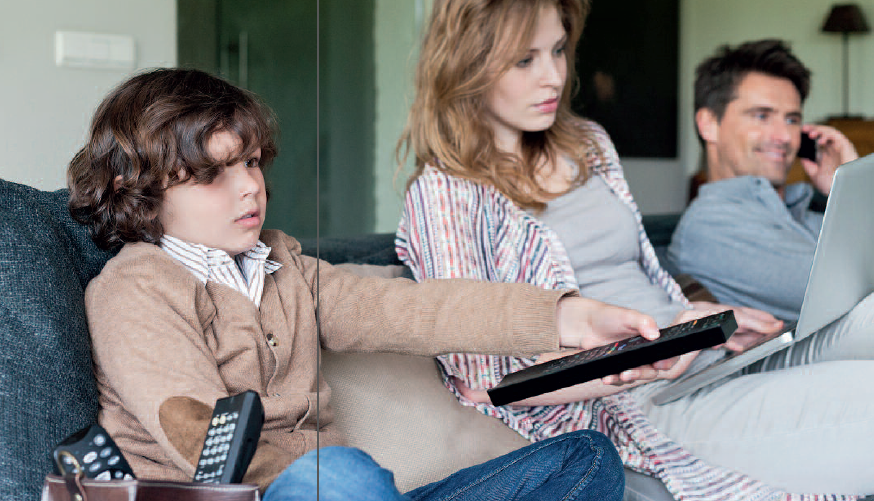