The human being as seen by the spiritual science of anthroposophy

Waldorf Education is one fruit of the spiritual science of anthroposophy as depicted by Rudolf Steiner (1861 - 1925) in very many books and lectures. This short article introduces some of the most basic parameters of Waldorf education.

Emil Molt, Director of the Waldorf-Astoria cigarette factory in Stuttgart, Germany, invited Steiner in 1919 to formulate ideas for a school for his workers' children based on the fundamentals of anthroposophy. As a result, the first "Waldorf" school was founded in September of the same year. In preparation Steiner gave basic seminars for the first group of teachers in which he explained the anthroposophical idea of the human being and gave suggestions as to didactic method. In subsequent years he enlarged on these seminars in various ways in lectures and courses given in Germany, Switzerland, Austria, the Netherlands and Britain. Some elements of that new school have meanwhile been adopted by mainstream education in various countries, e.g. the renunciation of marking systems for purposes of selection, the introduction of arts and crafts as educational tools, coeducation. Other elements, such as instruction in Latin, Greek and shorthand, were required subjects at the time and, as part of the curriculum, conformed with official regulations then in force in Germany. Much in the Waldorf curriculum has changed since those days. But the anthroposophical understanding of the human being remains the essential core of the education.

In the following we shall begin by giving an outline of this.

- There is a spiritual element in every human being.

- The visible world around us is founded on something invisible which it is up to us to discover and research.

- Anthroposophy is not a faith; it is an encouragement to tread a path of knowledge which is at the same time a path of self development, a path which energizes the individual's own spiritual powers.

Anthroposophy is thus a stimulus to follow this path of research in all the many and varied aspects of life. Education aims to help each individual develop independence step by step, so it follows that in this attitude of research Waldorf Education cannot be dogmatic since it can only arise where it is individually applied in situations of immediate encounter. In his fundamental essay "Independent Education and the Threefold Social Order" Steiner put this concisely:

"Whatever is to be taught and whatever education is to be practised must arise solely out of an understanding of the growing human being and his or her individual capacities. Genuine anthropology should provide the foundation for education and teaching." ("The Essentials of Education", 5 lectures, Stuttgart, 8-11 Apr 1924, GA 308)

As teachers it is our task above all to encourage what is hidden at the core of every human being: the individual capable of exercising independence. It is also our task to make sure that this can develop in a healthy way. To be able to do this we must be familiar with the developmental conditions which apply, since each unique individual brought to the earth from the prenatal realm manifests differently at different stages, thus necessitating different modes of approach. 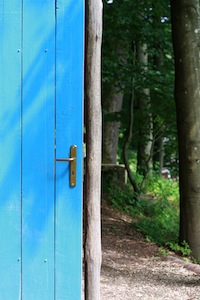